Rendezvous in the Park is a three-day music and arts festival taking place in Moscow, Idaho. Set in East City Park at the corner of Third and Monroe streets, this family friendly outdoor event typically takes place the third weekend in July, and features live music in the evenings, starting at 4:30. The Moscow area offers many activities for visitors to fill the days before the music begins.
Beer and wine will be available during the festival. Regardless of age, valid ID is required. Beer and wine may be taken to seating areas within the concert site; however, alcohol may not be brought into the park from outside

All seating is on the lawn. You are welcome to bring your own blankets or chair. ONLY blankets may be placed in front of the stage and sound booth.

Photography, audio, and video recordings are prohibited. No pets please.

All concerts will be held rain or shine! 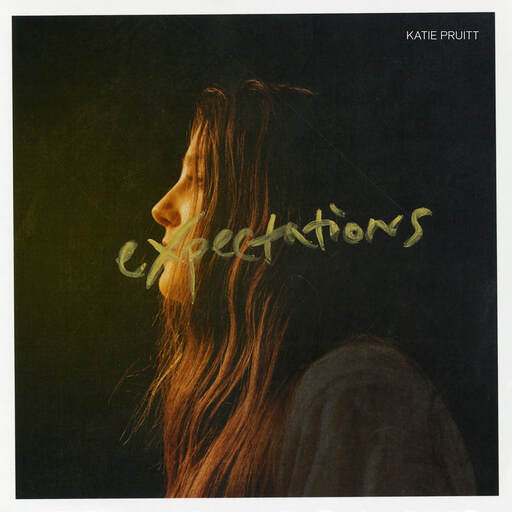 Katie Pruitt
Katie Pruitt, a 27-year-old artist who recently released Expectations -- a defiant coming-of-age debut album about being a lesbian raised Catholic in Atlanta -- is about to enter into her Saturn returns era, which means her life is going to get weird. Or so Brandi Carlile, the six-time Grammy winner, tells her. "You're going to freak out, probably," Carlile says. "Right when you turn 30." But, Carlile assures her, "I feel like the best records happened on these big, precipice moments in life."

It's here, in this big moment filled with so much uncertainty and turmoil, Pruitt is choosing to embrace the weirdness. Whether it's going deep exploring and questioning her spiritual identity on her breakout podcast, "The Recovering Catholic," or bearing her soul with her trademark wit and wisdom each night on stage as part of her extensive fall headline tour, or showcasing her mischievous side with her forthcoming holiday song, "Merry Christmas, Mary Jane," it's clear Pruitt is coming into her own and establishing herself as not only an incredible musician, but an artist with a real voice and distinctive perspective.

​Bob Fossil is an Indie Rock/Psych-Funk/Math Pop band from Bellingham, WA. With each member bringing to the table a wide variety of influences and inspirations, as a listener there is sure to be a little something for everyone. Their fluid genre switches, and tempo changes will keep you on your toes, and in turn, keep those feet dancing! 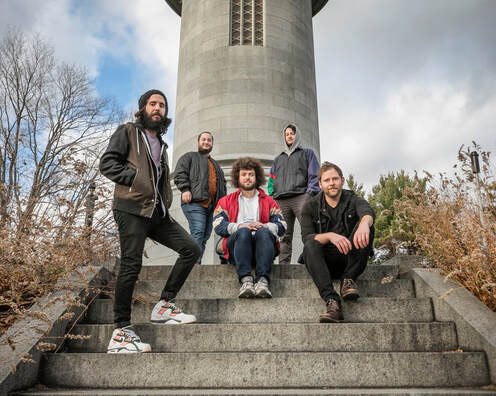 On a primal level, we react to music through movement.
A head-nod, a foot-tap, or a handclap certainly shows appreciation, but dancing seals the eternal bond between audience and musician. Siphoning the spirits of rock, funk, R&B, jazz, and pop through a kaleidoscope of unpredictable and virtuosic improvisation, Boston-based Ripe consistently bring people to their feet. Most importantly, they prove that “dance music” in its purest form doesn’t have to come from computers and synthesizers. It can be an unstoppable groove or an extended moment of ecstatic release. Like those bodies moving on the floor, it’s the result of the energy, friction, and communication between living and breathing people. An inimitable and indefinable chemistry has separated and singled out Ripe since day one. Subverting any and all standard genre boundaries once again, their latest offering confidently continues that tradition. These five musical soulmates —Robbie Wulfsohn [vocals], Jon Becker [guitar], Sampson Hellerman [drums], Calvin Barthel [trombone], and Nadav Shapira [bass]—once again incite listeners to move on their full-length debut, Joy In The Wild Unknown.​

“What we make is music you can dance to,” affirms Robbie. “We’re drawn to the peak of a song—the emotional catharsis when everything comes out. It’s all about reaching that moment. The revelation comes back to us when bodies shake with joy.”
“Every time we play, something unique happens,” adds Jon. “You’ll never see the same show twice. We want to bring that unexpected element into the pop sphere.”

Ripe brings the swagger of funk filtered through a rock anthem, a musical journey that somehow gets as stuck in your head as your favorite pop banger.

The common thread would always be the translation of their individual interplay to their audience, one that Ripe views as not just fans, but old and new friends; an extended family that is rapidly growing as their sound spreads and their world deepens. Ripe gives the same weight to happiness as is often given to sadness. Their music signifies more than just a distraction from your troubles for a few hours - it’s an experience of connection and acceptance; a warm welcome into their world. In the end, this Joy is shared by an ever-growing community that’ll be dancing every time Ripe roll through town.

​Redline Syndicate music group was formed in late 2018 by veteran Moscow rockers Jeff Mack (vocals) and Chris Chalmers (guitar) and later joined by Daniel Buck (drums), Jim Boudreau (bass), Linda Mullin (keys), and Kent Nelson (guitar). Previous related band projects Vial 8, Scatter Creek, Blacklist, Chaos, etc., have brought these musicians together to create what is a new approach to classic hard rock. Since forming, these Moscow residents have been focused on writing all original material with an occasional cover tune for fun.
Combined talent, similar musical interests, years of performing in multiple bands, and sharing stages with the likes of Joan Jett, Tesla, and Godsmack to name a few, has created a mixture of multiple styles. From rocker tunes to songs with a southern rock feel and an occasional country twang, Redline Syndicate is sure to please multiple listeners of varying different musical interests.”

Pumice Pocket is a primarily instrumental group calling from multiple disciplines and styles. Their sound constantly shifts between jazz, funk, progressive rock, neo-soul, and jam band. They look at music performance as a conversation between musicians and an audience. Releasing their debut EP on New Year’s 2022, their sound has reached hundreds of listeners around the world. Exfoliate your mind and feel the groove with Pumice Pocket. ​Meredith Lane is a touring Americana songwriter from the town of Enterprise Oregon. She released her first record at the OK Theatre when she was 17. She has continued recording her original music at the Theatre and released her second album Commissioned Love Songs in October of 2021. The album skillfully skips over genres with a mix of folk, soul and even some rock. Many incredible musicians played on the album including Cooper Trail, Nevada Sowle, Ben Walden, Bart Budwig, Darrell Brann and others. She plans to make touring a fulltime commitment starting summer 2022.
Rendezvous In Moscow Inc.